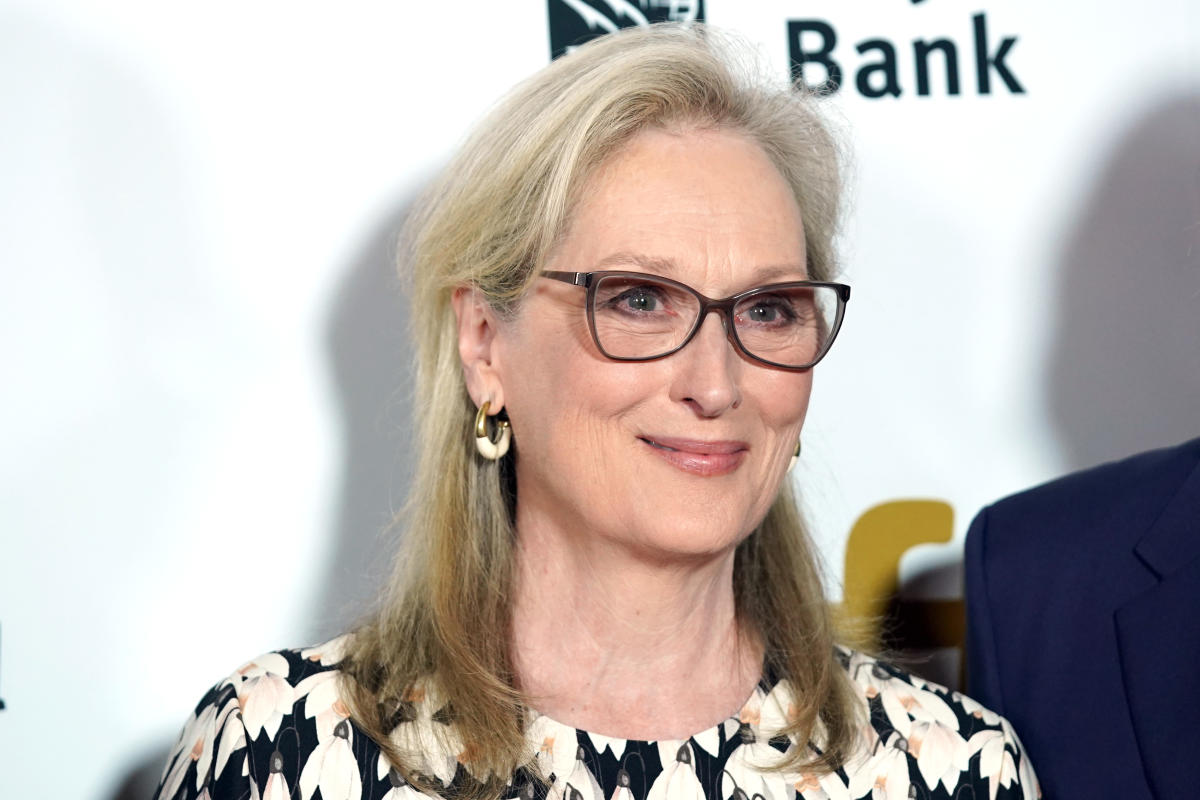 Meryl Streep is celebrating her 73rd birthday today and fans have been pondering the secret to her seemingly ageless beauty.

the Mama Mia! star is marking her special day today, June 22, and appears to be aging backwards, not that she’s obsessing over it.

While many stars have a focus on looking younger, Streep has always fully embraced her age and her natural, effortless beauty hasn’t gone unnoticed by her fans who are avidly celebrating “National Meryl Day” on social media.

In amongst the well-wishes for the iconic actor, are an entire collection of messages puzzling over how Streep can be in her eighth decade.

One fan shared a side by side picture of Meryl aged 27 and one of her today and it seemed as if the Devil Loves Prada alumni has hardly aged at all.

“Ok…this is what’s called aging [sic] beautifully,” one user wrote in response to the images.

Another urged others to consider how Streep is the age she is.

“It’s Meryl Streep’s mf day and this woman is 73 let that sink in,” the Twitter user wrote.

Previously fans had commented that Streep was “aging [sic] like a fine wine”, and they certainly aren’t wrong, but the Big Little Lies actor didn’t always have such self-confidence in her appearance.

“I didn’t have any confidence in my beauty when I was young,” she once famously revealed. “I felt like a character actress, and I still do.”

She has learned to shake off any worries over so-called flaws, however.

“My advice: Don’t waste so much time worrying about your skin or your weight. develop what you do, what you put your hands on in the world,” she said.

“I think the most liberating thing I did early on was to free myself from any concern with my looks as they pertained to my work.”

Despite being hailed as one of the world’s best actor’s with two Academy Award awards, seven Golden Globes, two Emmys and many more to her name, Streep used to fear she was not pretty enough to make it in Hollywood.

While accepting an honorary doctorate from Indiana University in April 2014, the star talked about her early insecurities.

“I thought I was too ugly to be an actress,” she told an audience of 3,200 people at the college, according to Indianapolis Monthly.

She went on to add that perceived differences don’t need to hold you back: “The people who look different are the ones who get (hired). I used to hate my nose. Now I don’t. It’s okay.”

As she got older, however, Streep feared her age may also hold her back.

“I remember as I was hovering around 40, I thought each movie would be my last, really,” she previously told WSJ magazine in 2016.

“And all the evidence of other 40-year-old women at that time – this is 27 years ago – would lead you to believe it was over.”

Instead the star is continually delivering incredible performances on screen and rocking her effortless style and beauty off it.

While you might believe her fresh-faced skin would be the result of expensive anti-aging lotions and potions, in fact the star previously revealed her beauty secret costs nothing at all.

According to journalist Fi Glover the Out of Africa star refrains from touching her face to maintain her radiant skin.

Miss Glover once attended a party with the award-winning actor and revealed to the Fortunately podcast she had shared her beauty trick.

“Do you know what Meryl told me that evening?” she said, as reported by Daily Mail. “We were talking about beauty tips, it was a fascinating evening full of political discussion and engagement.

“She said that her one beauty secret was never to touch her face. She never touches her face.”